After a pretty eventful trip in Lisbon, the crew was ready to jet off to our next location-Cannes, France! I’ve actually been to the south of France before with my ex-boyfriend and I fell completely in love with it. Last time, I stayed in Nice which has a bunch of beautiful beaches and great restaurants. However, there isn’t too much of a night life. So, I decided Cannes would be a perfect location for us.

Cannes is one of the more glamorous towns in the French Riviera. Our group can be a little “bougie” more so myself than anyone else. But it’s a place I knew that my friends would appreciate. Great restaurants and awesome shopping! Plus easy access to all of the smaller towns such as Villefranche.

Trying to get 12 people from one location to another is never easy. Especially, when you’re trying to be cost-conscious and efficient with your time. We flew TAP Air Portugal from Lisbon to Nice. It’s about a two hour flight in total. From there, I had Black Lane Car Service pick us up from the airport and take us to the villa. I’ve been using Black Lane for quite some time now. If you’re looking for a luxury style car service that is relatively inexpensive, I highly recommend them. They’re always on time, nicely dressed and extremely friendly.

Les Roses Blanches Just like choosing a hotel, picking a villa is extremely important. Especially, when you’re traveling with such a large group of people. You want to find a place that is close to city center so that you don’t have to take a bunch of cabs. But you also want to be far enough way where you can be a little bit loud and have a good time outside.

The guest rooms are also super important because this is going to be your home for the next few days. Unlike hotels where you know you’re going to have a clean room with a nice bed and shower. Air BnBs can be a hit or miss.

I try really hard to stay away from Air BnBs because, again you never know what you’re going to get. So, I look for luxury villa rental companies. It’s managed by someone and have set standards to live by. Unfortunately, most of the villas were either too expensive or too far away. So, I had to look into VRBO. At one point in time, I was getting ready to book the most spectacular villa. Then I started to receive questionable emails from the honor saying that they don’t credit cards, only wire transfer. Side note: DO NOT PAY VIA WIRE TRANSFER. Should it actually be a scam, there is no way to get your money back. At least with a credit card they aren’t your direct funds and your CC company can fight the charges for you. Shortly after the weird exchange, I got an email from VRBO stating that they took the listing down due to false advertising. Whew!

The villa I ended up choosing had a very old glamour French style. So obsessed! This is exactly how I would want my home to be in France. The villa was about a 10-minute walk from Rue de Croissette. It had seven bedrooms and only four and a half bathrooms. I was concerned that this would be an issue for us because we had 11 people staying the house and it might get a little crowded. No issues at all! Our villa also had an outdoor pool, two outdoor terraces, a grill, and a breakfast patio deck.

The South of France has some of the best food in the world. With tons of world-renowned chefs, you can’t go wrong with any place. If you are in the French Riviera, don’t forget to try the staple dish, “Bouillabaisse” Below are some spots we ate and drank.

There was so much to do in Cote d’Azur, because of its vicinity to all the other small towns, you can easily take day trips to St. Tropez (San-Tro-Pay) or Monaco. I wanted to make sure our group had a chance to see some of the sites but also have some free time.

Additional Things to Do

I hope you all enjoyed the read and that you learned some fun tips about your next trip to France. It truly is one of my favorite places in the world! Comment below if you have any questions. Until next time…xoxo! 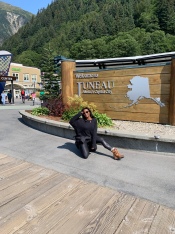 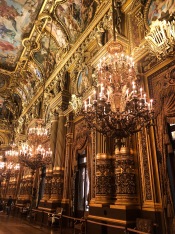 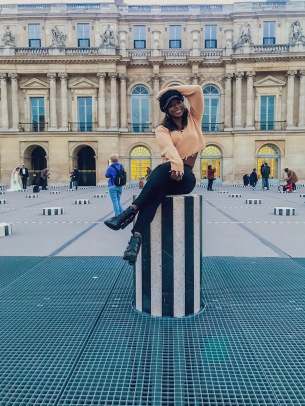 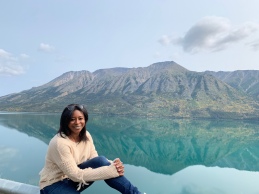